Advisors often face gaps in financial literacy among clients, but the when it comes to retirement income, the blank stares can be particularly worrisome. Advisors say clients still too often don’t know what a sustainable monthly withdrawal rate is, and sometimes don’t know to think about the possibility of long-term care—putting the job of educating clients on retirement issues, as well as planning for them, on the advisors’ shoulders.

The American College of Financial Services study backs up the concern. The organization surveyed retirees and pre-retirees, from ages 50 to 75, and found that about eight in ten respondents failed a retirement income literacy quiz, with more than half underestimating the average life expectancy of a 65-year old man (and thereby underestimating the amount of time they will need to stretch their assets). Wade Pfau, the co-director of the Retirement Income Center at the American College of Financial Services, said the results indicated that retirees didn’t always understand the calamitous impact a bad market could have on their retirement savings.

“Determining how much you can spend in retirement when you don’t know how long you will live or what market returns you will experience is complicated,” he said. “Unfortunately, the task is even harder for Americans who do not recognize how to properly evaluate these risks in the first place, and who do not understand the lasting impact of a market downturn in the early years of retirement.”

But advisors stressed there were tools and approaches to bridging the retirement income literacy gap, primarily centered on education strategies for clients who may not have learnd about the planning issues earlier in their lives and careers. John C. Pak, an advisor with the Los Angeles-based Otium Advisory Group, not only works with clients during in-person meetings but encourages them to attend seminars he holds at local colleges, building a foundation in retirement income literacy that can then be tailored to individual client situations.

Pak was not surprised that many pre-retirees and retirees lacked literacy on retirement income. Pak, who has worked in the industry since 1999, said that while financial literacy awareness started to rise in the 2000s, older workers generally have not had those programs available to them during their peak earning years. The wealth of information and planning technology readily available now was never a possibility for older generations, he said.

“If you speak with anyone 35 or younger, they grew up with a computer in their hands, and they know how to navigate around technology. Going back to the 2000s, that’s when all this information was at our fingertips. You can ask ‘what is an IRA’ or ‘what is a required minimum distribution’ and you’d have articles coming out of your nose,” he said. “(Older clients) were literally relying on the advice given by their advisor, if they had an advisor in the first place, which many of them didn’t.”

Jamie Lima, the founder of the San Diego-based Woodson Wealth Management, said clients preparing for retirement often underestimate the need to make sure retirement income comes from different sources. Too many assume that they can rely on dividend-paying stocks to fund their retirement, he argued.

“The problem is the average dividend in the S&P 500 is 2 to 2.5 percent, and inflation is exactly that, so you’re barely keeping up with the growing cost of living,” he said. “The concept I coach is income diversification, meaning you have to have different solutions to combat different risks you’re going to face in retirement.”

Many retirees and pre-retirees (and, often, their advisors) ack a holistic understanding of their retirement income plan and focus too much on portfolio management as opposed to factors that will likely have a greater impact on their financial wellbeing, like health care expenses and long-term care needs, according to Marguerita Cheng, an advisor at Blue Ocean Global Wealth in Potomac, Maryland. For example, Cheng noted that many clients mistakenly believe that Medicare covers long-term care expenses. Cheng stressed that early planning was extremely important, as income gaps could be solved provided clients and advisors alike assess the issues before retirement age is reached.

Cheng acknowledged the difficulty and anxiety of planning for a long-term care event, but she said that clients and advisors need to consider a plan even if it does not involve some kind of long-term care insurance coverage. Cheng’s own father required long-term care because of an illness, and she saw the benefit of planning for that event first-hand. The earlier you plan, Cheng said, the more choice and control a client has over their own future, and the easier it would be for their family if and when such an event occurred.

“You don’t want to think that you know what they want. You need to let them talk about what they want, and that’s a little bit easier, as opposed to saying, ‘Mom, Dad, here’s what I think you should do,’” she said. “I say you have to approach this with empathy and understanding.”

Christina Gamache, the founder of the Anchorage, Alaska-based firm AUDAX Wealth Management, agreed that long-term care was an emotional topic for clients, and found that it helped to introduce the subject over the course of a number of meetings with a client as opposed to in a single conversation. Gamache said she might broach the subject at one meeting but wait until a second or third meeting to gauge a client’s thoughts on what they want.

“You kind of start there with their own beliefs and philosophies, and then we go into their plans, and when can you afford to self-insure,” she said. “Where do you actually see yourself spending the rest of your life?” 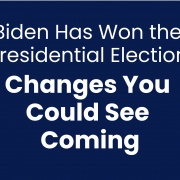 WWM in the News: Advisors' Advice: What Was Your College Major? — Part 1 [Think Advisor] 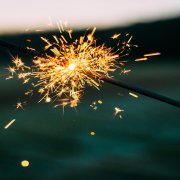 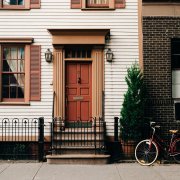 You've Been Told Owning a Home Is Better (Financially) Than Renting. But Is That True For Everybody?

How to use a Roth IRA to turn retirement assets into future tax-free income!

You’ll Spend Thousands on Healthcare This Year. Can an HSA or HRA Help? 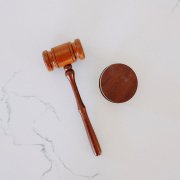 7 Tips For Protecting Your Assets Throughout a Divorce

Biden Has Won the Presidential Election: Here are the Tax Changes You Should Prepare For

We pride ourselves on being educators first, and advisors second.

Your success relies heavily on how well you understand the financial plan and solutions we recommend, which is why we spend so much time educating our clients and sharing our knowledge.

Signup below for our newsletter and immediately get access to our growing library of ebooks to guide you in making better financial decisions!

Woodson Wealth Management is a fee-only, financial advisory firm dedicated to helping you continue to do what you love to do with ZERO financial stress.
Home
Services
Why Us
Contact Us
Privacy Policy
Website Disclosure
Firm ADV
Client Relationship Summary (CRS)
Email us: info@woodsonwm.com
Call or text: 858-923-4500
Office: 760-566-8533
Schedule A Call

Recession Perspective: How to take action when you don’t know what happens... You’ve Taken a Financial Hit During COVID-19. Use These 5 Techniques to...
Scroll to top